On March 30, 2019, the City held an opening celebration.Click here to see additional photos from this fun day!

Please note, reservations are not currently accepted at this park. Space can be reserved on a first-come, first-serve basis the morning of your event. Anything left the night before will be removed. 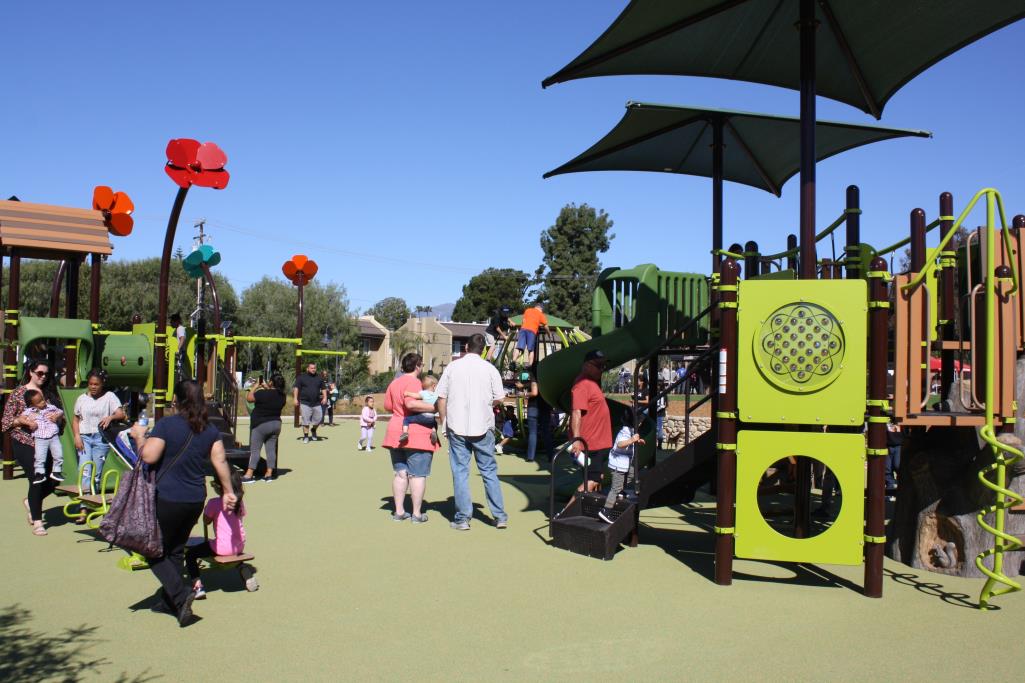 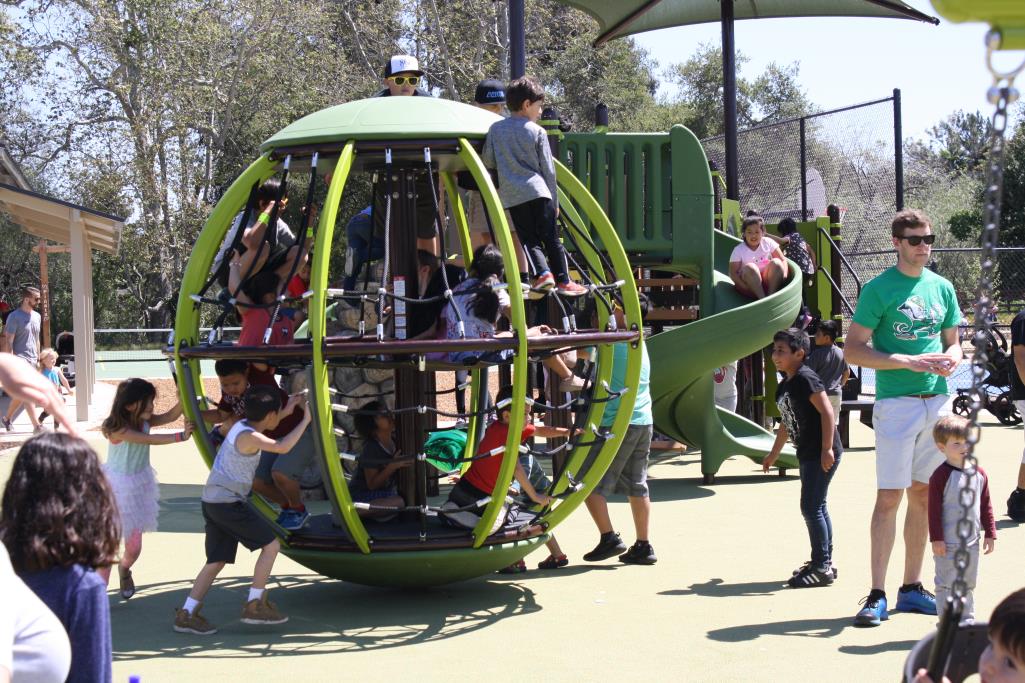 The City purchased a 4-acre site near the corner of Hollister and Kellogg Avenues in Old Town in order to bring an exciting new park to the community with amenities that make it a fantastic place for not only children to play, but adults as well. The Parks & Recreation Commission has worked closely with staff and the community to design a facility to meet the needs of today and the future for residents of Old Town. The final park design is based on public input from various workshops and stakeholder meetings. It has evolved to contain a multitude of recreational amenities and landscaping, including a multi-purpose field, basketball court, handball court, concrete ping-pong table, bocce ball court, pickleball court, perimeter walking path, fitness nodes with exercise equipment, picnic areas, skateboard plaza and splash pad (which will be installed during phase two).

It has been a desire of the City to increase the amount of active recreation space within Old Town Goleta for many years and is an identified need within the City’s strategic plan.  With the purchase of this four acre parcel, this goal has become a reality.

The City recently received a grant of $910,000 from the Proposition 84 funds for construction.  The City also received a $10,000 grant from the Davenport Institute for the public engagement process.  The rest of the funding has come from Park Developer Impact Fees.

The park opened to the public on March 30, 2019! City Council awarded a construction contract in May 2018 to C.S. Legacy Construction to begin building the highly-anticipated park in Old Town.

This project has experienced some hurdles, but has always remained a priority for the City. Below is a recap of events:

Throughout the park's 10-month construction, we took videos to share with residents. Take a look back at the making of this park by clicking on the links below.

Click here to see photos of the construction progress of the park.

Free viewers are required for some of the attached documents.
They can be downloaded by clicking on the icons below.